What should I know about the gummy bear/shaped implants?

What should I know about the gummy bear/shaped implants? 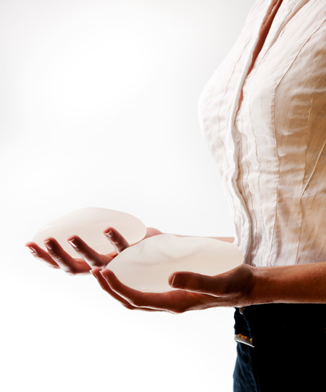 It’s difficult to turn on the TV, drive down the road, or listen to the radio without some media personality or slick marketer doctor touting the “latest and greatest” thing available to plastic surgery patients. One of the frequent questions that my patients are confused by is the hype around the gummy bear shaped silicone breast implants. These implants are the most widely used implants outside of the US, and the first version available here was introduced for general use by plastic surgeons in early 2013.

On Sunday, April 27th in San Francisco, CA the American Society for Aesthetic Plastic Surgeons surveyed a group of over 300 people, mostly comprised of plastic surgeons, but including other medical and administrative plastic surgery personnel. During the survey, the audience was shown photographs of patients who had undergone breast augmentation. They were then tested to determine their ability to visually assess whether a patient had used a round or a gummy bear/shaped implant. The results were noteworthy!

From this experienced and savvy crowd, we saw the following results. In 50% of the cases, we were completely wrong. In the other 50%, we were correct. Apparently, as smart and insightful as we are, we are wrong 50% of the time when looking for the signs of a round vs shaped implant. That’s a complete coin toss, making it apparent that perhaps the differences in appearance are not as great as some would want you to believe.

One aspect of this survey that could introduce errors is the belief that some patients had preoperative breast/chest shape issues that were better corrected with one style of implant over the other. In other words, although the final results were indistinguishable, perhaps the great results obtained with a shaped implant would not have occurred in an individual patient had a round implant been used, and vice versa.

A thorough discussion of these results followed, and a separate 2 hour lecture on patient selection has led me to the following conclusions: patients with a nicely shaped breast will have a nicely shaped breast with either implant; patients with a little bit of looseness below the nipple will likely see more improvement in that area with a shaped implant; patients with very little to no breast tissue will have a more natural slope and shape of the upper part of the breast; and finally patients with constricted/tight/tuberous breasts will likely be better served with a shaped implant.

The downsides of the shaped implants remain higher expense, additional risk of rotation that is not present with a round implant, a flatter upper pole when the patient lies on her back, and the potential pitfalls of a textured implant: increased risk of seroma accumulation and likely therefore Anaplastic Large Cell Lymphoma, and up to a 72 times greater risk of implant infection.

As always, it is best for a patient considering breast augmentation to come in for a consultation and thorough discussion regarding all of these options. We truly care about you and your final result. Our office is filled with trusted advisors who will tailor our specific plans to you and your unique situation.

Please be aware that as of March 20th, we will be closed for routine and non-essential appointments, until further notice. You may continue to reach us by phone and email during normal business hours. Please contact us to schedule a virtual appointment!